Italian cultural and political posters mostly dating from the 1970s-1980s, including many created by the Partito comunista italiano. END_OF_DOCUMENT_TOKEN_TO_BE_REPLACED

This collection includes Italian cultural and political posters mostly dating from the 1970s-1980s and received from Peter Lange and Martha Scotford. Nearly half of the posters were printed by the Italian Communist Party (PCI) offices in Milan and Rome and address themes such as labor issues, voting rights, and political corruption. Other posters in the collection advertise art exhibits, celebrations, and civic events held throughout Italy, chiefly in Milan and Urbino.

ABSTRACT
Collection consists of 115 Italian cultural and political posters, the bulk of which date from the 1970s and 1980s. Nearly half of the posters were printed by the Italian Communist Party (Pci) offices in Milan and Rome, chiefly in the 1970s, and address themes such as control of the media (particularly television and newspapers), the environment, elections, educational reform, political radicalism, labor issues, voting rights, patronage and other forms of corruption, and taxation. Many posters display the images and words of political activists from around the world. Some posters refer to Francoism, to American leaders such as President Nixon, and to the Vietnam War. Many of the latter express an anti-American position. Other posters in the collection advertise art and design exhibits, and announce celebrations and civic events. Also includes a set of 38 color slides of elections broadsides (1986-1987) posted in public spaces in Italy. 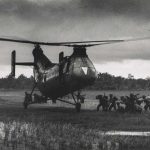 by Giao Baker over 1 year ago

Hello! This is my first blog as the new Digital Production Service Manager, and I’d like to take this opportunity to take you, the reader, through my journey of discovering the treasures that the Duke Digital Collections program offers. To personalize this task, I  explored the materials related to my family’s journey to the United … END_OF_DOCUMENT_TOKEN_TO_BE_REPLACED 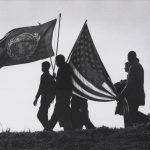 by Zeke Graves almost 2 years ago

In anticipation of next Tuesday’s midterm elections, here is a photo gallery of voting-related images from Duke Digital Collections. Click on a photo to view more images from our collections dealing with political movements, voting rights, propaganda, activism, and more! If you haven’t already taken advantage of early voting, we at Bitstreams encourage you to … END_OF_DOCUMENT_TOKEN_TO_BE_REPLACED